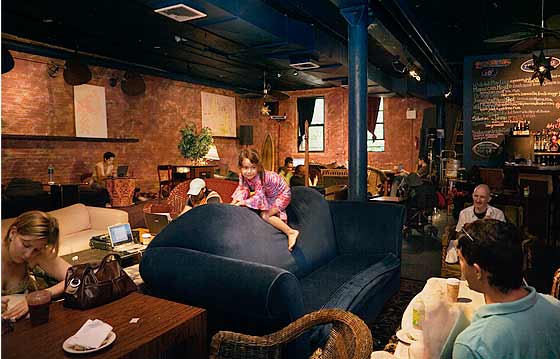 So the Tea Lounge in Park Slope, a hangout where breast-feeding is a common site, has been censoring some artwork depicting nipples. They used canvas strips to cover the nipples, apparently due to concern and/or complaints that the art was inappropriate for children coming into the cafe.

Some customers were “puzzled and occasionally offended” by the nude paintings. But now, the canvas has been removed. What’s going on over there?

via Cafe’s Modesty Is Offensive to Some – WSJ.com which is hiding the article behind an evil paywall (sorry).