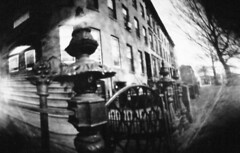 Posted by frank garcia on the Park Slope Message Board:

i rember germains dept stop on 5 ave and 15 st

as a young boy i also raised pigeons

hope to hear from some people that rember this

on the Park Slope Message Board 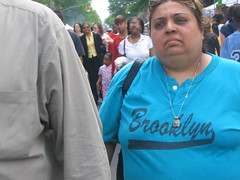 A liaison of The Fifth Street Boys writes in the Park Slope Message Boards:

“Back in the day, when I was kid, not only were there no restaurants on ‘The Avenue.’ There were none of the boutiques and niche-market stores that give it its current flavor.”

“There were two Bohack markets and an A + P (Now Key Food and Dagostinos) and a few bodegas.”

“The absolute first restaurant on “The Avenue” was Szechuan Delight … (they) rented the site of Keiton Cleaners (sp?) after they had a fire. I remember people were shocked to see a Chinese restaurant on The Avenue and to be honest the atmosphere sucked. I liked the food, but the place still smelled like smoke when they opened.”

“The one thing there were lots of on The Avenue was bars. In no particular order, there was City Lights was on the corner of 1st and The Avenue; The Iron Horse on 2nd and The Avenue; Ryan’s on Garfield; Minsky’s on 3rd; The Coach between 1st and Garfield; Mooney’s between Carroll and President; The James between Union and Berkeley; The Gaslight on the corner of Union; and others that I can’t remember now.”

“As a rule, there was a bar on every corner and sometimes another one in between. The good ones like Ryans (now The Appletree grocery strore [which is NOT a bodega] ) opened at 8:00 a.m. for the old timers and didn’t close unil “last call” at 4:00 a.m.”

“And Ryan’s, like Farrell’s (which sadly used to be located on 9th Avenue in Windsor Terrace–a neighborhood with some balls–but somehow without having to move is now located on Prospect Park West in the South Slope), used to serve “taps” which were waxed paper quart containers that you could take outside and drink on the corner and shoot the shit with people as they walked by…and all the time enjoy a cold–well, luke warm–beer (I think it was Miller High Life on tap, oh well, you can’t have everything)!”

Recently on Forgotten New York: “When I passed this storefront at 372 5th Avenue near 5th Street, I assumed it was an elaborate movie set (Spiderman III?) or an expensive joke, but it turns out “Brooklyn Superhero Supply” is a spiffed-up tutoring center for neighborhood kids, known as 826nyc, that opened in June 2004.”

“Why 826? It is an offshoot of an original center on 826 Valencia Street in San Francisco; it has a Pirate Supply Store, at which September 19 must be a big day. The whole thing was started by belles-letterman Dave Eggers of mcsweeneys fame.”