So guess what – all that publicity embarrassed Prospect Park into cutting down those rotting, hollow trees that homeless people were using to store their stuff and take shelter. And to be honest…  now it feels a little bit awful to see this happening without any clear indication of what’s going to happen to those people.

Anne-Katrin Titze–a freelance crusader for Prospect Park who pushed hard to get rid of the rotting trees–says matter-of-factly to the Brooklyn Eagle: “If the Alliance/Parks allow people to live in the park, then they should feed them, provide toilets, garbage collection and potable water.”

Really–are we going to be that hardcore? Why can’t the homeless just temporarily abide in the park, despite the lack of modern amenities? Was it really such a big deal for a small group of unfortunates to pee in the pond, and store their junk in the rotting tree trunks–is that really “destroying a delicate ecosystem“? It seems like the compassionate option here would have been to leave the shelter intact, while advocates discuss with Prospect Park what they “should” be doing to get these people to an appropriate shelter.

Summary: Tearing out rotting trees is a hollow victory (Sorry… just got a brief flash of inspiration from Punderdome).

Prospect Park Lake is used as a garbage dump by the Alliance/Parks and the lakeside as a sewer.
Everything left uncollected ends up in the lake, polluting further the already filthy, debris littered watercourse.

Alliance/Parks waits for rain, wind, snow, and the overflow of the lake to wash away garbage and human waste from the lakeside, into the lake.

Anne-Katrin told the Brooklyn Papers that these “tree people” have been using a dozen or more trunks and branches (on the east side of the lake, near the Tennis Center) for more than a month. They are shielding themselves and their things with sticks, cardboard, and plastic. She claims they’re leaving “junk in the trunks” and dirtying up the lake by using it for washing and cooking. 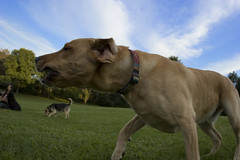 Can it be true? By now, you’ve heard that New York City is about to do an “end run” around off-leash opponents and will “enshrine in law a two-decade-old unofficial policy that has allowed Lassie, Rusty and Sparky to roam free in city parks” for very limited hours [See “Dogs Win! Off-Leash Hours Survive”].

Not necessarily so, says Prospect Park Advocate, a blog that seems to be spearheading the anti-anti-leash-law movement: he says the author of that article, Dana Rubinstein, “is either another example of a journalist making up facts to suit a hidden agenda or she is just an outright liar.”

He quotes a letter from Bob Holden (president of a Queens civic association that sued to end the unofficial “policy” of looking the other way during off-leash hours) saying that many people “don’t believe the city can or even will (make off-leash legal) … Parks attorney, Paula Van Meter, when backed in the corner by the judge, blurted out at the city will ATTEMPT to clarify the commissioner’s authority to allow dogs off-leash in parks. The judge was grilling her on how can a commissioner give himself the authority to tell people they can violate a law.”

Not familiar with off-leash? Go to Prospect Park in the early morning hours and witness the teeming mass of dogmanity. Whether you think it’s dangerous or not… You may never walk barefoot on the lawn again.

Rockhound backs up ParkAdvocate on this Park Slope thread: “Dana Rubenstein was not telling the truth when she proclaimed off leash hours to be safe…. Hullo, I don’t know how ‘benign’ it is to allow your dogs to menace your fellow park goers and leave poo all over the place. I have been cornered by two huge growling hair-bristled off leash mutts and the owner didn’t give a rip.”

“It was terrifying, just like being mugged — but wouldn’t have qualified as an “attack” because no blood was drawn (true of many muggings as well!). Off leash dogs can be frightening, and intimidating other park visitors is not a “benign activity”.

Whatever the truth is… these off-leash advocates seem to have their act together. Go read what they have to say, and if you agree with them Here’s the petition.

MORE LINKS:
Park Advocate has his say on the Park Slope Message Board
Time Out New York: Off-Leash Poll

Rose writes on the Park Slope Message Board: “Has anyone else noticed more rats than usual in Prospect Park? I know there have always been rats there, but this summer it seems like every time I go to the park, I see rats. I run on the dirt path next to the road, and rats keep dashing across the path in front of me — I’ve been running in the park for years, and this never used to happen.”

“I went running today around noon and during two loops of the park, I saw three live rats and two dead rats. Aren’t rats nocturnal?”

“Also, what happened to the hawks? I never see hawks anymore (maybe because I’m always looking down, watching out for rats). Did the hawks leave the park, causing the rat population to explode?”

More Rat (and Hawk) Sightings on the Park Slope Message Board 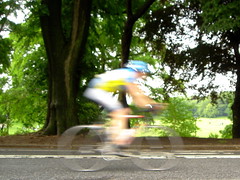 “Prospect Park is not the training ground for the next Lance Armstrong.”

“I really think *some* of these over-outfitted bicyclists have to get a grip on reality and share the park road. They are one group of people who need to use it and not dominate it.”

“Today I was crossing the road with my stroller. I looked left and right before proceeding–all was clear. When I got to the center a pack of bicyclists came up over the hill (not in the bike lane) and then started cursing me for being in their way. ‘Watch where the f your going.’ ‘GET OUTTA MY WAY asshole.'”

“For God’s sakes… it is a public park and I looked both ways and was crossing the friggin road! Ugghh.”

He knocked her down so hard that she hit her head on
the cobblestones…. 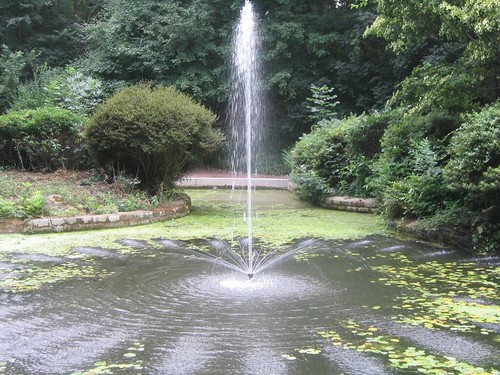 The Prospect Park Alliance wants your wedding photos for the Monday, September 19th ribbon cutting in celebration of the Picnic Houseâ€™s restoration. Bring them in person, e-mail them, or send them by regular mail. More details here. Over on D103.com: “There are really two sets of rules for picnics in Prospect Park, the formal rules and the informal rules.”

“Formal rules say permits are required for parties of 25 or more, no alcohol is allowed, and tables are first come, first serve.”

“The informal rules say permits are only required if youâ€™re a monstrous family reunion or church group, alcohol is fine as long as you pour it into plastic Solo cups, and ‘first come first serve’ means ‘get there by 7 a.m.'”

Thanks to daveb for the reminder.

“Conducted by Xian Zhang and featuring Karen Gomyo on violin, the concert will feature works by Wagner, Lalo, and Tchaikovsky.”