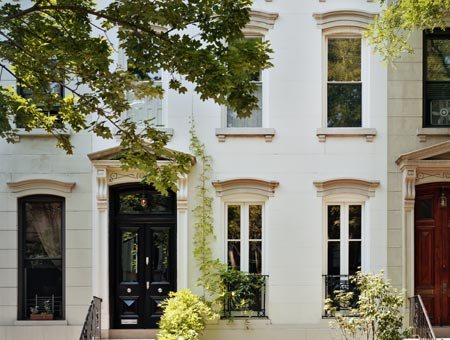 A lot of the attention is due to its present inhabitants — J. Crew creative director Jenna Lyons and her husband, artist Vincent Mazeau, who are apparently getting divorced. According to a report on Zillow, Mazeau might get the home in a settlement. After Lyons and Mazeau purchased this Park Slope home in 2004, they gutted it before doing a stunning remodel, including plaster cornices, an open double parlor, restored limestone mantels, and aged pine floors.