About a week ago I ordered a “wideband” internet upgrade from TWC. Yesterday, at two minutes before the end of the three-hour window they gave me for installation, the installer arrived. It took about half an hour of back and forth between the installer (who is not a TWC employee) and a TWC level 3 tech to get the new 30 mbps modem up and running.

It is blistering fast, between 2 to 3 times faster than my previous download speeds, and at least 10 times faster on uploads. The upgrade costs $20 per month over the regular Roadrunner service, plus a $20 installation fee.

At my request, the installer also swapped out my cable box, without charge. He was very pleasant and quite competent.

All of the phone, cable and satellite companies take a lot of grief from unhappy customers, so I thought I’d express my satisfaction (at least momentarily). 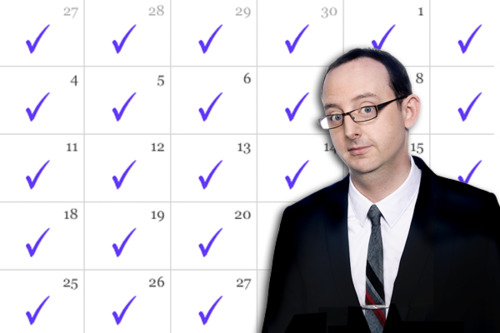 Park Slope resident Corey Maass, who has helped others get their startup businesses off the ground, has just launched a unique startup of his own: TheBirdy.com, a free App that tracks your spending to help you better manage your money on a day-to-day basis. The service sends an email once a day to its members asking, “What’d you buy today?” The Birdy members can respond to the daily email or choose to text-message their response. In turn, The Birdy provides them reports of how they are spending their money.

The Birdy came to be through Maass’ own poor spending habits. NYDailyNews.com reports Maass as saying, “The joke was that I was a third-generation shopaholic.” His efforts to curb his out of control spending habits using personal finance websites did not work because “they were way too complicated, boring and not informative.” TheBirdy.com aims at making money management incredibly easy for its members.

8thandPrez reported last Monday that he’d beeh having sporadic connection issues that Time Warner initially blamed on “weak signal strength” between his modem and the outside world. That might make sense if there weren’t independent reports of problems from a whole bunch of people on the Park Slope Message Board, includng Drano, 8th&Carroll, Dope on the Slope, LiveToTravel, and StevieShamrocks, who writes:

“I was having problems with my cable box last week, and was given a prompt service call of 4 days later. I was told by the service guy (who was sooo happy to be here) that there are problems with TWC all over Brooklyn.”

“I asked if he had any other info, because I was alos having problems with IE and he gave me the technical lowdown “Fuck if I know.”

Dope on the Slope adds: “My god it’s an epidemic. I just had the tech here and he replaced my modem. Of course the problem returned within 45 minutes of his departure. I thought it might be problems with the exposed connections in the ‘backyards’ of Park Slope after the recent precipitation and freezes, but my TV is fine.”

Today in the New York Times: “Like many shareholders in his 72-unit co-op in Park Slope, Brooklyn, Jay Joe Jakubowitz was furious in July when he received a letter from the building’s board of directors announcing that cellphone antenna equipment would soon be installed on the roof above his eighth-floor apartment.”

“… a civil war of sorts has raged in the building at 130 Eighth Avenue, one that started with basement meetings full of shouting and culminated last week with the decision by a group calling itself Concerned Shareholders to hire a lawyer to try to stop the project, which was authorized by the co-op’s board … the opposition group … represents 25 apartments. A board member also quit in protest.”

“At issue are three radio base stations and six antennas. Tomorrow, T-Mobile USA plans to begin installing them atop the co-op, an eight-story red-brick building on Carroll Street and Eighth Avenue, within the Park Slope Historic District. The equipment will weigh more than seven tons, and its 15-inch-tall antenna panels will be bolted to the parapet. In exchange, the co-op will receive $1,800 a month from T-Mobile USA.”